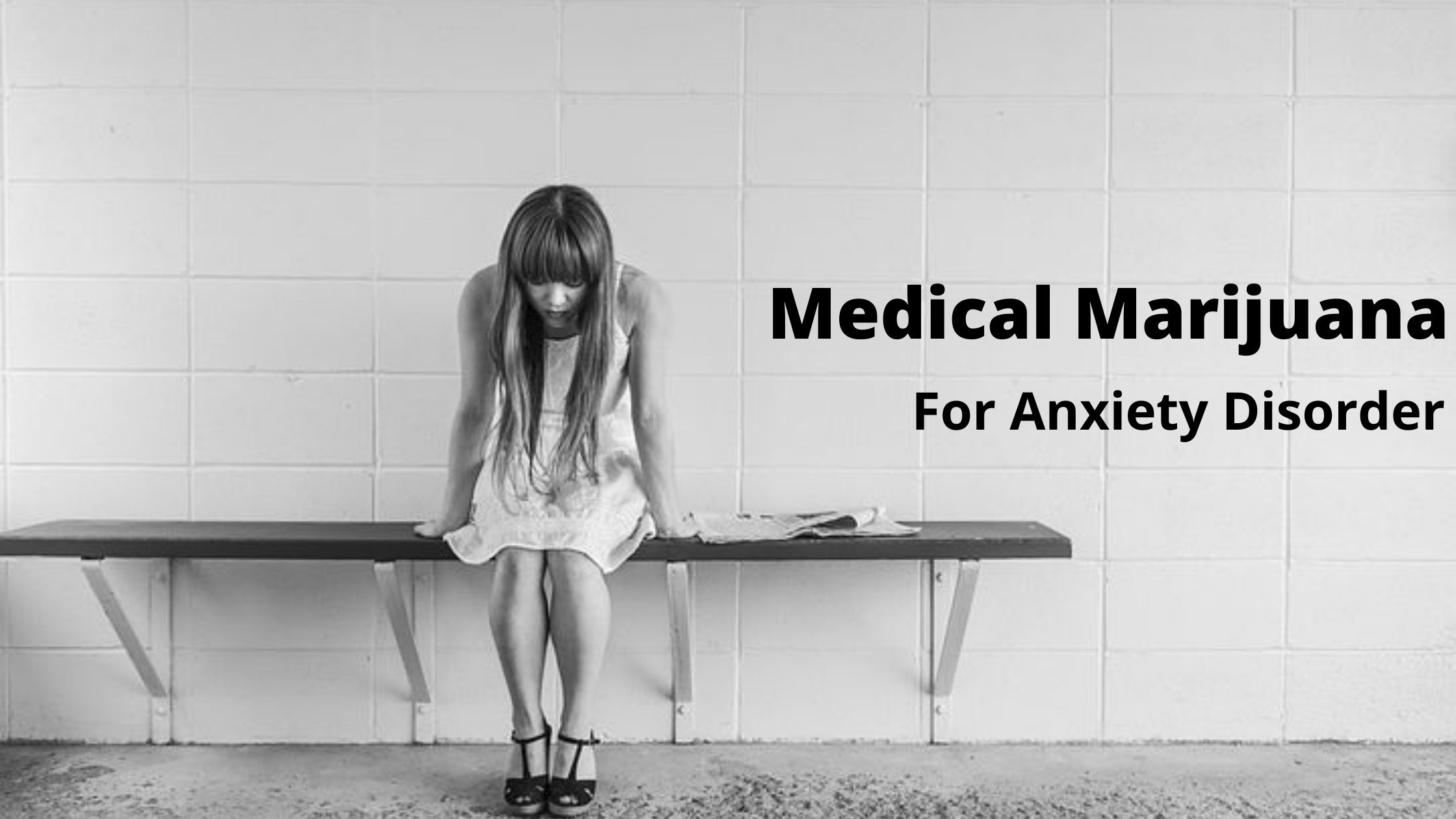 Medical marijuana has gained increased research attention over the past few years due to its loosening regulatory changes. Owing to the plant’s potential efficacy in the treatment of different medical conditions, more and more US states have started legalizing the substance for both medicinal and recreational purposes.

One of the therapeutic elements of marijuana is its potential to help people suffering from anxiety disorders. Thanks to the approval of medical cannabis in many states, people can even seek cannabis treatment for anxiety relief with an MMJ card certified by Medical Marijuana Doctors.

Well, there’s a lot to discuss regarding medical marijuana and anxiety and we will discuss all that later but first let us know more about anxiety and its types.

Occasional anxiety is a common part of human lives and is understandable. However, people with an anxiety disorder experience frequent episodes of intense, excessive worry and fear about daily and future events. One may also go through physical symptoms such as pounding heart, muscle tension, sweating, nervousness, etc. Below are the common symptoms associated with anxiety.
Symptoms

Most of the symptoms caused by each of the above-mentioned types of anxiety disorders are the same, however, some types can lead to severe side-effects such as panic attacks, hallucinations, etc.

What is Medical Marijuana?

Marijuana, in general, is the dried leaves and flowers of plant cannabis which are extracted to be used for different purposes. Speaking about medical marijuana, it’s the same as cannabis but prescribed by licensed physicians for patients suffering from one or more debilitating medical conditions.

Anxiety is one of the most common medical conditions people seek medical marijuana treatment for. Other potential therapeutic properties of cannabis include anti-inflammatory, analgesic, pain-relieving, neurological, etc.

Role of Cannabinoids in Anxiety Management

Now, what is medical marijuana so much to talk about? Well, some people call it a magical drug. Why?

It all comes down to the cannabinoids that are found in cannabis plants. Cannabinoids are chemical compounds containing different effects. CBD (cannabidiol) and THC (Tetrahydrocannabinol) are the two most widely-used and prevalent cannabinoids acknowledged for their unique elements. Both cannabinoids play a crucial role in the management of different anxiety symptoms. Here’s how CBD and THC can help –

CBD could act as a sleep aid and different studies show potential evidence that supports its efficacy. Studies show that acute intake of CBD could possibly decrease cortisol levels in participants which in turn relieves stress and promotes sleep.

CBD and THC, both produce relaxing effects. Consuming cannabis in the right quantity for a short period of time helps people with body and mind relaxation. It provides relief from restlessness, pounding heart, and muscle tension, some of the most common signs of anxiety.

CBD and THC are great for mood upliftment. Users of CBD often report that consuming CBD oil, gummies, etc boosts their energy levels which, in turn, enhances their overall productivity.

Pain relief is by far the most common advantage cited by patients for medical marijuana use. Well, the basic way how cannabis performs different functions is via the endocannabinoid system.

Medical Marijuana And Anxiety Disorder: What Does Research Say?

Having mentioned all that, the scientific community still believes that detailed and more structured research is highly needed to study the long-term effects of cannabis and its cannabinoids on people with different types of anxiety disorders.

Are There Any Risks?

Well, overall the data and researches on marijuana suggest that the substance is generally well-tolerated when consumed in the right amount for an acute period. However, there are some risks associated with marijuana which depend on various factors such as excessive dosing, an underlying medical cause, etc.

Though not all users are likely to experience the side effects, below are some of the common risks associated with marijuana consumption:

A study conducted on CBD and cannabis use showed that taking 10-400 mg of CBD and even up to 1500 mg of doses for a longer period of time did not induce any toxic effects on the participants. But again, a lot of attention has not been given to the research of marijuana for anxiety. So, nothing can be commented on with certainty.

Concluding the above discussion, it could be said that the scope of medical marijuana in the medical field has been on the rise. And its potential to treat anxiety disorders has also seen the significant potential. Though a lot of patients use the herbal drug to ease their anxiety symptoms, others are just too hesitant to try it owing to its lack of scientific evidence and support. If you wish to take medical cannabis for managing your anxiety, make sure you consult a medical marijuana doctor and take expert advice just to be extra safe.