Everything You Need to Know About Cannabis Infused Tea 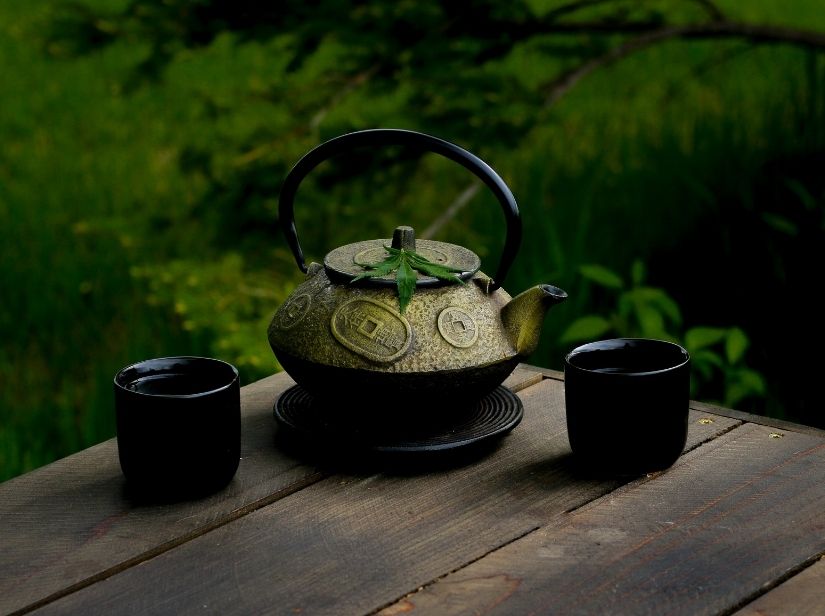 The use of marijuana for recreational purposes can be traced back to ancient times before it got legalized for medical use. While a lot of people are familiar with the concept of smoking marijuana, it’s been widely consumed in the form of edibles and beverages as well.

So if you thought “marijuana tea” is something new, it certainly is not. But it is trending for all the right reasons and you need to try it at least once.

However, since marijuana has medicinal benefits and people generally consume it for better health, we highly recommend getting a medical marijuana recommendation from a reputed medical marijuana doctor online so that you can get your hands on better quality cannabis that is grown specifically for medical use.

Can You Use Medical Marijuana in Cannabis Tea?

Yes, marijuana tea is not supposed to be restricted for “high tea” parties. It can totally be used for medical benefits. Medical marijuana, just like recreational marijuana can be infused and brewed to have a hot cup of goodness which would offer dual health benefits of tea and cannabis altogether.

Cannabis has several medicinal properties and it is known to manage and reduce the severity of symptoms of various incurable health conditions. Cannabis-infused tea would offer the same benefits without the side effects of smoking. Also, since the method of administration used is ingestion, the effects of marijuana shall last for long.

There are several benefits of having cannabis tea. Some of the most commonly known and anecdotally claimed benefits include:

One of the most common health benefits of cannabis is that it can reduce or completely alleviate pain. The plant is known for its anti-inflammatory properties and is very effective on inflammation and inflammation-induced pain. Even tea is believed to have similar effects on pain and from ancient times, especially in Asian countries, tea has been used as an alternate treatment that would help in pain management.

Even before cannabis was legalized for medical use, people would claim that the plant made them feel relaxed and reduced stress. Scientific research and several studies back this claim now and hence suggest that cannabis can be a natural ailment for stress and stress-induced conditions such as anxiety and depression. CBD, a cannabinoid found in the cannabis plant, is known to have desired effects on anxiety, stress, PTSD, and depression and thus it can work in favor of people who suffer from chronic stress or social anxiety.

Both cannabis and tea can help reduce and ease the nauseous feeling and its symptoms. While nausea is pretty common and is considered normal especially if one gets to experience it once in a while, it can become a chronic condition as well. A lot of people with severe health conditions feel nauseous most of the time and there is no specific treatment that would completely alleviate the symptoms. Cannabis has promising effects on nausea. Cannabis-infused tea works amazingly well in easing out the symptoms and severity of nausea.

However, it is important to take into consideration that if you are already getting some sort of treatment or are using medications, marijuana can interact with the medications and alter their effects. There is a possibility that combining the two may also offer undesired effects of marijuana.

Good for Lungs and Heart Health

It may seem a very contradicting claim as smoking marijuana can affect the lungs, it is important to note that it is “smoking” that is injurious and not really the plant. Cannabis can be administered in several other ways and it shall have a positive impact on lungs and heart health. Cannabis-infused tea is one of those several ways in which cannabis can be administered and it won’t offer the side effects of smoking.

Cannabis is a mood enhancer. The cannabinoids present in the cannabis plant are known to relieve stress, promote a positive and calm mind, and offer euphoric effects. These effects can uplift the mood and allow the individual to have a clear head.

A lot of health conditions can directly or indirectly affect the gastrointestinal system. Cannabis has the potential to help with the symptoms and issues that are a result of such conditions. Marijuana can help improve digestion, reduce cramps and pain, stipulate appetite, and reduce bowel issues.

Will Cannabis Tea Get You High?

Well, the answer is yes and no.

It depends on several factors such as the marijuana strain you are using, dosage, your body configuration, tolerance, and the recipe you followed.

There is a very low chance that cannabis tea will get you high. Especially if you are simply brewing the cannabis in hot water and making a tea out of it. However, not getting high does not mean you won’t get the benefits of cannabis. Cannabis has several cannabinoids and compounds such as terpenes and majorly all of these compounds have medicinal properties. But THC is not directly available in the cannabis plant. That is why raw cannabis does not offer psychoactive, euphoric effects.

But if you necessarily want the high or euphoric, psychoactive effects of the cannabis plant, we suggest decarboxylating the bud. It will produce THC and the tea made with decarboxylated cannabis shall offer you the infamous effects of THC and marijuana.

Is it Important to Decarboxylate Medical Marijuana?

Not really. While decarboxylated marijuana will offer you all the possible and known effects of marijuana, it is definitely not necessary to decarboxylate the plant. Medical marijuana in its raw form can also offer benefits except for the psychoactive effects. So, while you may enjoy a hot cup of tea that will reduce pain, stress, anxiety, and offer other health benefits, it may not offer you the high that is often associated with cannabis.

However, that does not mean you should not decarboxylate the bud. You can always choose to. If THC is something you want in your system, you can go ahead and heat your plant to get it decarboxylated. THC has several health benefits as well and it’s not just the euphoria that it can offer.

How to Make Cannabis Tea?

Well, if you know how to make regular tea, making cannabis tea won’t seem a task. All you have to do is add the bud to water and let it boil for some time. After that, you can add sugar or milk if you like. Just strain the tea with the help of a sieve and enjoy it hot and slow.

If you are new to cannabis, going slow is highly recommended. Start with as little as 1 gram of cannabis in around 1 liter of water.